Virtual Reality has been enthusiastically adopted by video gamers, but in an ethnographic study of non-gaming households, participants expressed an interest in more exploratory VR experiences. To that end, we utilized a virtual interface to immerse users in a natural forest setting, which was equipped with 6dof controls and armswinger locomotion. As nature has been shown to exhibit a variety of attentional and psychological effects, we sought to replicate a portion of those effects in our project. Indeed, virtual nature seemed to confer the psychological effect of anxiety reduction, while it did not increase attentional resources, likely due to the heavy sensory load of an HMD experience.

As the relationship between the physical and the virtual is of increasing interest, we aimed to probe the boundaries between natural and technological experiences. Ironically, nature alone demonstrates attentional restoration, while technology is increasingly vying for our attention. Perhaps, nature is the antidote to the attention economy.

However, exposure to nature in VR may be beneficial for anxiety reduction in a world of increasing urban density and development, where immersion in nature can be challenging at best, involving significant investments in time and access to transportation resources. In addition, there are many for whom physical mobility is a considerable challenge. For those with limited access to nature, whether due to time, money, or physical limitation, the benefits of accessing nature in VR could be a significant benefit.

|  See publication
under review
abstract
This study sought to determine which, if any, of the benefits conferred by experiences in nature are conferred by an equivalent Virtual Reality (VR) experience. To this end, previous VR users were immersed in a virtual forest environment. Post-immersion, participants were measured on a variety of metrics including stress level, relaxation level, and directed attention abilities – metrics that have been shown to be significantly modulated by exposure to physical nature. Our results indicate that experiences in virtual nature afford much the same psychological benefits of exposure to physical nature, but they did not show the same kinds of attentional benefits. Experiencing nature in VR significantly decreased self-reported anxiety levels. 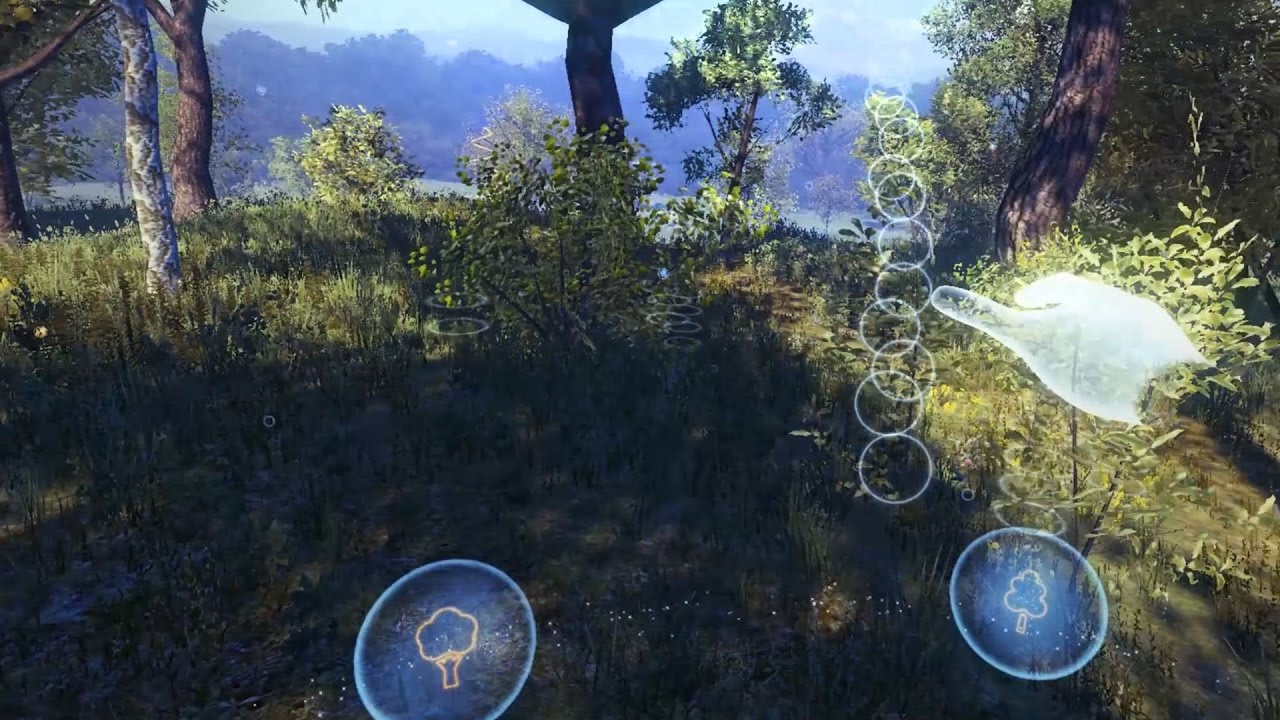